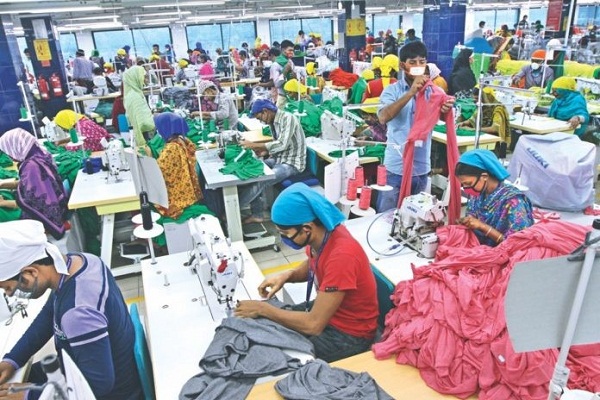 Rubana Huq, president of Bangladesh Apparel Manufacturers and Exporters Association (BGMEA), said that 59 garment factories (small and medium) have closed and 25,900 workers have lost their jobs in the past seven months. She also said that most of these businesses have failed to comply with the strict rules on pay for their workers under the new wage structure.

Speaking to the press, Ms. Rubana said: The capital flow into the garment industry is also slow in terms of investing in establishing new businesses and expanding markets because customers pay low prices for products. Buyers are now benefiting from unfair competition between local garment manufacturers and manufacturers of low value-added items in Bangladesh. “We expect this sector (apparel) will continue to grow negatively in the coming months. By the end of this fiscal year, we may lose our second position to Vietnam in the global apparel market, if we cannot soon reverse this downtrend, ”she said. “The product is less diverse, the online business is increasing, the retail stores in Western countries are closed in mass, the global apparel consumption decreases by 1,

Importantly, Bangladesh is heavily dependent on cotton while the demand for man-made apparel in the world is increasing. The director of the BGMEA said small and medium-sized factories were being closed due to the lack of loan support from banks. An analysis by BGMEA showed that garment exports decreased by 17.68% year-on-year to US $ 572 million in the first quarter while prices increased by only 2.54%. Regarding the US-China trade war, Rubana said Bangladesh has not yet benefited from the dispute, while other countries are quietly developing and diversifying their products. On the other hand, Bangladesh is losing basic apparel business, Vietnam, Myanmar and Ethiopia are still receiving orders. The BGMEA has submitted a series of proposals to the Bank of Bangladesh to ensure the revival of the garment industry, she added. The BGMEA proposed that the government devalue the local currency by approximately 2k (Taka-Tk: the currency of Bangladesh), which would cause the country to lose nearly 1,850kk. The BGMEA also called for a 1 percent support to encourage export and take immediate effect, reducing the tax rate of 0.25% since July, doubling the loan extension period for 133 weak garment factories. poor current and allocate funds for modernization and technological upgrading of the plants.

The association will soon meet with senior members of the Government to make its request, Ms. Rubana said.